Whether you've seen a dog online, or met one abroad and you're thinking about adopting, here are a few things to consider before you make an informed decision.

Many dogs from abroad are imported into the UK for rehoming. They often come from Eastern-European countries, or even as far as India and Africa. The number of imported dogs has increased significantly over the last 12 months.

What to think about before getting a dog

Taking on a dog is a long-term commitment, so it’s important to make the right decision before progressing to the next stage of ownership. First, you need to consider whether you’ll be able to fulfil their needs, dogs need plenty of exercise, training, mental stimulation and companionship.

Think about how a dog will fit into your lifestyle, do you work full time? If so, you’ll need your dog to feel comfortable when left at home alone. Will a new dog get on with any other pets you have? Consider the attributes you need in a dog, for example, whether they need to be good around children or able to travel happily in a car with you. Finding a dog that best suits your lifestyle is a pleasure to own. Here are a few more suggestions of things you should think about before owning a dog.

What should you consider before rehoming an imported dog

Sometimes the cost of a puppy bred in the UK leads to a wider search and although imported puppies could seem more cost-effective, in reality this is often not the case. Most individuals wouldn’t travel abroad to see a puppy in the breeder’s home, even though this is an essential step when getting a new puppy.

All puppies imported from abroad will need to have had their rabies vaccinations, however the required timing of this significantly delays puppies when they’re transferring to their new homes, this means they often miss their important habituation and socialisation period. Missing these key experiences can have a damaging long-term impact on a puppy.

In the UK, it can be challenging to find rescue dogs of a particular type you are seeking. British rehoming charities will provide you with genuine information on a dog’s background and needs. Having this information will help you make an informed decision on how and if you should proceed with the rehoming. A good match means you will want to keep the dog and won’t need to return it to the charity.

Dogs who come from abroad are not always used to living in a family home. In many countries, dogs often live outside in rural locations. By rehoming a dog from abroad who is used to a different environment means they might find it harder to adapt to a new domestic lifestyle. Imported dogs often feel anxious in the home and become frightened of appliances, visitors and other strange noises. Seeing your dog looking scared and anxious is distressing for you as an owner and you might want to comfort them.

Try to remember that a dog from abroad won’t have experienced general handling and affection from their owner and might not like it. In some cases, this can lead to the dog becoming defensive by growling, snapping, or biting to avoid the contact they don’t like. Dogs who have never lived inside before often need time to adjust to their new environment, and during this time owners need to be accepting of some challenging behaviours.

UK vets are seeing an increase in the number of diseases in dogs rescued from abroad that are not common in this country. Some of these diseases can have potential health effects on the dog as well as the risk of passing it on to other dogs and potentially humans. Dogs can often be infected before displaying symptoms, this is when there’s a greater risk of the infection spreading to others through biting insects and ticks. Many responsible rehoming charities will screen dogs from abroad for diseases before their arrival into the UK.
Some of these dogs can arrive with signs of disease, other health conditions and injuries, including fractured bones that haven’t healed well. Veterinary care can vary considerably between countries as well as different techniques, for example, chemical castrations which might not provide permanent results.

Some diseases of imported dogs include:

Rabies: All dogs entering the UK must be vaccinated against rabies at least 3 weeks before entry and they must hold a valid passport. The British Veterinary Association prefer a 12 week wait post vaccination to reduce the risk to puppies being transported entering UK.

Leishmania: A severe disease caused by the Leishmania parasite transmitted to dogs, other mammals and sometimes humans through bites of the sandfly which is not found in the UK. Dogs who come from Southern and Eastern European countries are at greater risk of infection, which causes skin lesions and severe illness including depression, weight loss and severe kidney failure.

Brucellosis: A bacterial infection that causes diseases of the reproductive system and painful vertebral disc disease in dogs. It is widespread in many parts of mainland Europe including Romania. It is especially common in large stray dog populations and isolated cases have now been reported in the UK.

Heartworm (Dirofilaria): A parasite spread by mosquitoes across the Southern Mediterranean. It can cause worms to grow and live inside the heart. It can take months for a dog to show signs after being infected.

Another thing to consider before rehoming a dog from abroad is the variety of ticks that might be common in other countries, but not the UK. Some ticks are able to transmit infectious diseases to dogs, including Babesiosis and Ehrlichiosis, carried by the brown dog tick.

Many charities will carefully rescue dogs from abroad and place them in UK foster homes before they’re rehomed. This gives the opportunity for dogs to adapt in the UK as a domesticated pet. It also gives the rescue charity time to assess the dog’s needs, likes, and dislikes. If you’re considering rehoming a dog from abroad from a charity, only consider those who will take the dog back if the match doesn’t work out.

Don’t underestimate the importance of meeting a dog before you agree to rehome them, it’s such a big commitment. A picture, description, or video isn’t enough for you to decide whether the dog’s personality will fit in with your family. It might also miss out some of the important points you need to know before rehoming. For example, in a meet, you will get a better understanding of how well trained the dog is, how they handle being on and off-lead, their reaction to unfamiliar people and interaction with other dogs.

Some charities will allow you to look after the dog in your home as a trial period before the rehoming becomes official, this works as a type of fostering. This arrangement will allow you to get to know the dog while following the charity’s advice to help them settle in. In a situation where you find out the dog isn’t quite right for your family, the charity can try to help you work things out, or they can take the dog back if there’s something wrong. If the charity doesn’t specifically mention this service, it’s worth enquiring about to see if they can come to an arrangement with you. This will show they’re invested to help you. Every year, Woodgreen’s dedicated teams work tirelessly to provide safe shelter, specialist care, and a brighter future for thousands of pets. And we’re here for owners in need of advice and support too, every step of the way.

How helpful was this? Submit rating Thanks for your rating Could this article be improved? Send feedback 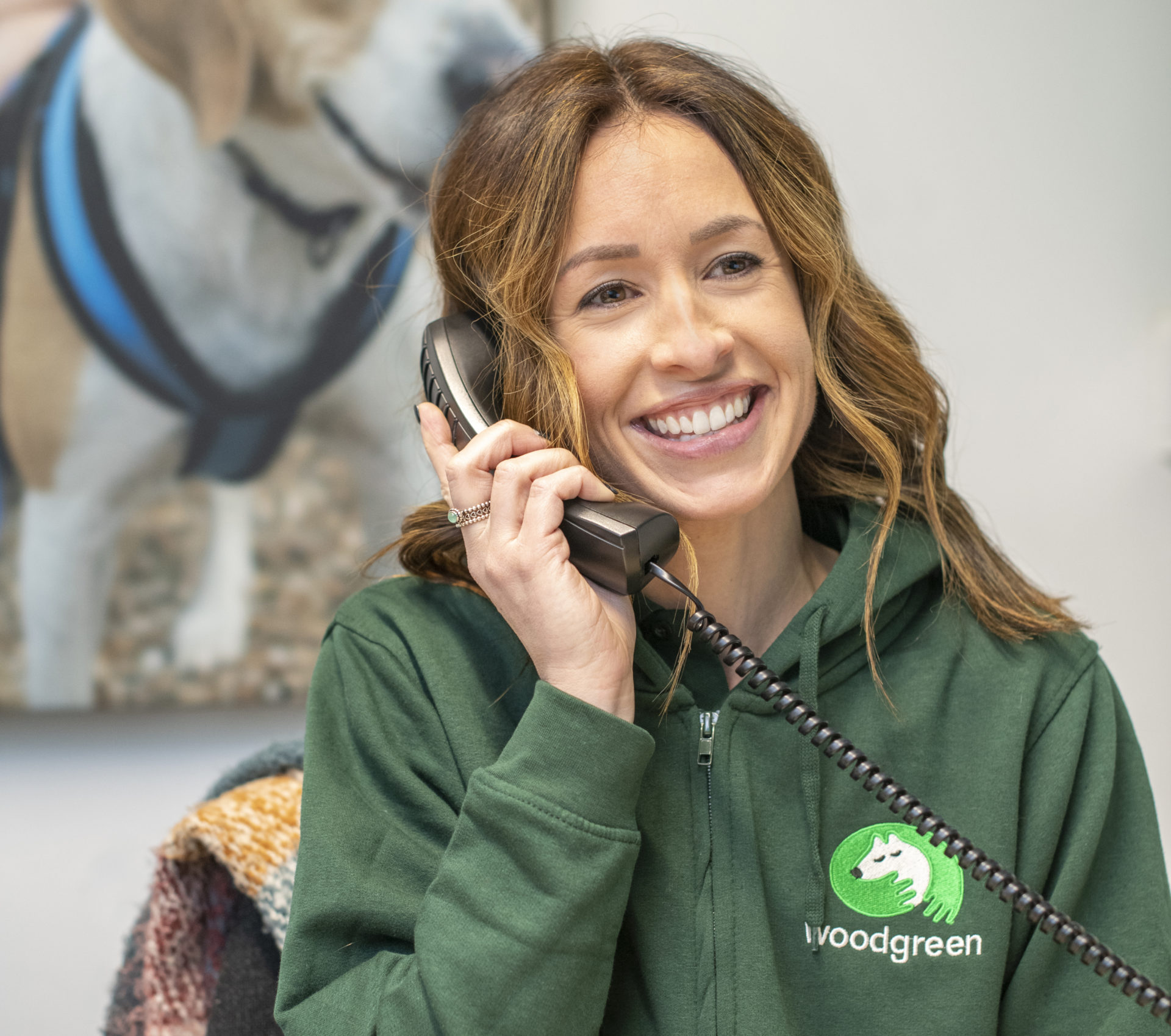 We’re always here for you. But before getting in touch, please see if we have the answer you might be looking for below.